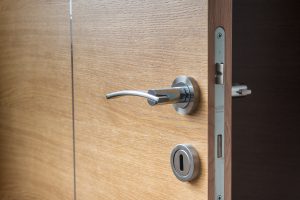 We all want to feel secure in our homes. And in order to do that, we need to arm ourselves with the toughest front door locks that make thieves think twice about getting our beloved 4K Ultra HDTV screen. Obviously, you don’t want just any lock, which is why many locks today are rated based on the ANSI system.

ANSI stands for American National Standards Institute, and the grading system measures just how much security a lock provides. Basically, it breaks down into three categories- Grade 3, Grade 2, and Grade 1 locks providing the highest security available. A lock is an important investment for you to make, and it should not be taken lightly. Below are some of the most highly secure residential front door locks in 2018 that you can go to sleep and feel perfectly safe about.

These locks help you feel safe and secure in your home while you’re fast asleep. That’s what a lock should do. If you need a more professional touch or professional installation service, then Locksmith Burbank is your go-to locksmith for any kind of front door locks installation you need.

Locksmith Burbank is the industry leader in safe and secure lock installation. When you need the lock installed right, just give us a call at (818) 847-7199. We’re here for you day and night, 24 hours a day. 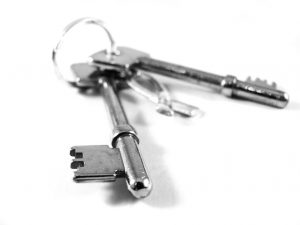 ‘Keys, Keys, Keys, Keys On Van Nuys…’
This great radio jingle should easily set the tone and content for this article. As most people are familiar with, a key is a device that opens or closes a lock (or locks).

All keys are cut a certain way so that they cannot be used on the same lock at the same time, thus increasing key security.

Additionally, a key is a cheap, inexpensive way to secure your belongings from theft and burglary.  Most people carry their keys with them on a keychain in order to access their possessions at any time. This article will address the history of the key, its general design, types, and its modern usage.

The History Of The Key

It is said that the key was invented by Theodore of Samus in the 6th century BC. And the earliest form of locks and keys come from ancient Assyria and Egypt, with later versions such as metal locks coming from England. Modern locks, such as the lever tumbler lock, became popular during the Industrial Revolution and greatly improved lock security.

Other big names such as Joseph Bramah and Jeremiah Chubb made hard-to-pick locks that sometimes required a special regulator key to open. Since then, the most popular lock on the market is still arguably the pin-tumbler lock which we still use today.

The Different Designs and Types of Keys 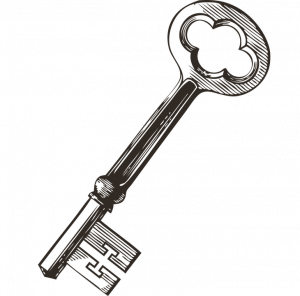 Car keys didn’t become popular until 1949 when Chrysler made a key that opened the doors and started the ignition at the same time.

Common modern keys are called ‘transponder keys’ or colloquially referred to as ‘chip keys’. These car keys are automotive ignition keys with chips that relay signals to communicate with the car’s computer. 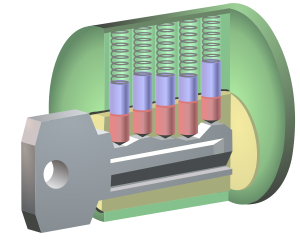 The trend is increasingly moving towards smartphones, and we now live in an age where you can simply unlock your car door with your phone. Meaning humans as young as toddlers could potentially open the car on accident and put the owner’s vehicle at risk.

As a result, there is much debate on the risks and consequences of such technology today. 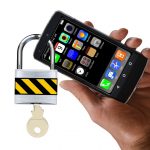 In summary, we use keys to safeguard and access our belongings every day almost subconsciously. Most keys are very easy to use which makes it all the more dangerous for thieves to come and steal your belongings. Being aware of the latest security updates can help you stay safe and hassle free.

If you are concerned with your car or home key security at all because it is outdated or damaged. It may be a good idea to schedule an appointment with your local locksmith to stay on the safe side.